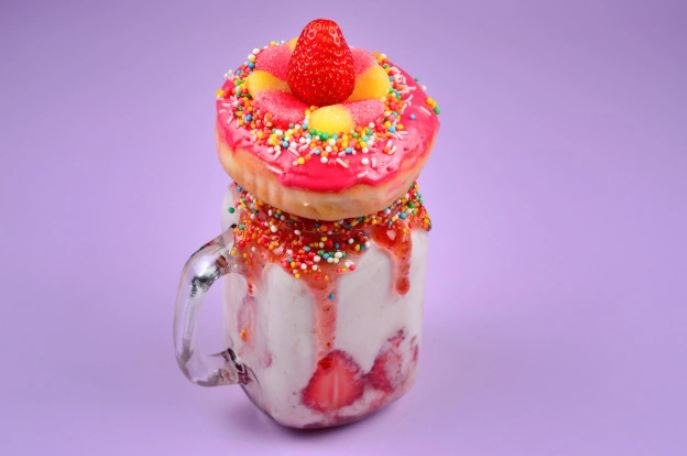 Freakshakes look pretty cool and hey, no one expects them to be healthy, right?

These insane, over-the-top milkshakes have been all over Instagram for a while, but the reign of the freakshake may be coming to an end in 2020 as it’s coming out just how bad they really are.

Let’s start out by saying that the American Heart Association recommends men limit their daily sugar intake to 36 grams, and women limit theirs to 25 grams. In a 2019 episode of Tricks of the Restaurant Trade (via LadBible), it was revealed that a freakshake — on average — comes with a shocking 95 grams of sugar. That’s just an average, and some were found to contain up to 156 grams of sugar. At those levels, it doesn’t just turn into fat, it can cause liver damage, kidney damage, and type two diabetes.

And restaurants are beginning to respond to that. Toby Carvery and Frankie and Benny’s, for example, were just two chains that announced they were going to be taking freakshakes off the menu in 2019.

Some people on social media weren’t thrilled with the idea of these sugary monstrosities going away, but it seems as though freakshakes have finally run their course.